The Louisiana airmen were welcomed by Graf Ignatievo Air Base commander Brig. Gen. Ivan Lalov and on the main objective of Thracian Eagle 2015 he commented: “We are going to fly and work together to exchange experience and improve interoperability between our two countries. It is very important to understand each other’s techniques, tactics and procedures.”.

In contrast to the recent Theater Security Package (TSP) deployments to the European region, this particular deployment is rather short. Detachment leader Lt. Col. Matt ‘Roper’ Rippen, 159th Operations Group commander, explained: “I would call it a standard one-each NATO two-week deployment where everyone is familiar with each other and it is very easy operating with each other. Everything went very smooth from the moment we got here; as you might know we are not the first F-15 squadron or first American fighter squadron to be here.”. Almost annually, several other U.S. F-16 and F-15 units have visited Graf Ignatievo Air Base to fly against Bulgarian MiG-21, MiG-29 and Su-25 aircraft.

Nicknamed the ‘Bayou Militia’, the 159th Fighter Wing (FW) brought in close to 150 personnel and additional support included firefighters from the Iowa Air National Guard and 65th Air Base Wing, Lajes Field (The Azores) as well as various ground equipment (fire trucks, fuel trucks, weapon loaders etc.) from Ramstein Air Base, Germany. “When the Air National Guard deploys, we call it a ‘rainbow’ because of all the different patches” Rippen said; “We grab people from different places sometimes like we did this time since we don’t have any fire fighters in our unit in Louisiana.”.

When the Air National Guard deploys, we call it a ‘rainbow’ because of all the different patches.Lt. Col. Rippen

Bulgaria joined NATO back in March 2004 and signed a Defense Cooperation Agreement (DCA) with the U.S. for shared use of several military facilities on Bulgarian territory two years later. Successively the United States European Command initiated Joint Task Force-East (now known as Task Force-East) to strengthen relations with its Eastern European allies, in particular Bulgaria and Romania. Task Force-East is executed by U.S. Army Europe (USAREUR) and conducts combined situational training exercises at Permanent Forward Operating Sites (PFOS) with all new US-funded facilities. Bezmer Air Base in Bulgaria was also named to become a major US Air Force strategic airfield, but as of now Graf Ignatievo Air Base has mostly been used for bilateral deployments as well as multinational exercises.

Names for these bilateral exercises are mostly derived from the visiting unit, as ‘Eagle’ here simply refers to F-15s participating, complemented by a Bulgarian-linked pre- or suffix. The word ‘Thracian’ has a double meaning; the Plovdiv district was once part of the ‘Northern Thrace’, the biggest piece of the historical and geographic Thrace area that ran over the modern borders of Bulgaria, Turkey and Greece. Its inhabitants, the Thracians, were a group of Indo-European tribes considered ferocious and barbarians by the ancient Romans and Greeks. Most iconic Thracian known worldwide is gladiator legend Spartacus.

Pilots from the 122nd Fighter Squadron (FS) flew between 12-14 sorties a day and accumulated over 130 hours of flight time in total during their two-week Bulgarian adventure. Operation wise a lot was accomplished according to Lt. Col. Rippen: “We have done the complete gamma of air superiority missions from 1v1 BFM’s [Basic Fighter Maneuvering] to basic tactical intercept missions to a little more complex strike escort type missions as well as defensive counter air missions and point defense missions; we have done the whole thing at least for the air defense and air superiority fighter missions.”.

The F-15s took it up against the locally based MiG-29 Fulcrums from ‘2/3 Iztrebitelna Avio Eskadrila’ (2nd Fighter Squadron) and also worked with the ‘1/22 Shturmova Avio Eskadrila’ (1st Ground Attack Squadron) flying the Su-25 Frogfoot. The latter is normally based at Bezmer Air Base, but is due to runway repairs currently also operating out of Graf Ignatievo. Being an additional 150 km from the coast, Su-25 sorties have substantially increased up to 90 minutes in order to still operate over the Black Sea.

On the matter of exchanging experiences with the Bulgarian Air Force, pilots also had the opportunity to fly with one another as Lt. Col. Rippen explained: “Yes, we have traded back seat rides with the MiG-29s. We flew a bunch of their pilots as we brought two F-15D model two-seaters and they also have two” as Rippen referred to the MiG-29UB two-seaters at the back of the row on the ramp. “As a matter of fact, I am flying tomorrow in the back of the MiG-29!”.

Looking back at his Bulgarian visit, Lt. Col. Rippen concluded: “The scenery and the history of Plovdiv itself and the city with the less frantic European pace of everything as well as the food has been fantastic. A very good two-week experience!”. The exercise ended Friday May 1st and the 159th FW went straight home with their F-15s flying via RAF Lakenheath, UK back to New Orleans. As for near future plans the unit will probably stay in the States for a while according to Rippen: “We might do a Red Flag deployment and maybe Combat Archer; a WSEP [Weapon System Evaluation Program] deployment to shoot missiles hopefully in the near future. But none of that is solid yet.”.

More bilateral exercises with the U.S. Forces at Graf Ignatievo Air Base have already been planned for this year and will also include the participation of locally based ‘1/3 Iztrebitelna Avio Eskadrila’ (1st Fighter Squadron. Currently all its MiG-21s are in maintenance, but some aircraft are expected to fly again soon.


On the contrary, the Bulgarian Defense Minister Nikolay Nenchev has just recently announced the Air Force will likely pull all MiG-29 Fulcrums out of service rather than proceed with what he called an ‘overpriced’ maintenance deal with Russia. The aircraft are currently serviced by Russian Aircraft Corporation MiG, but this contract will expire by September. It is uncertain if other options within budget are available. When Bulgaria joined NATO, it also vowed to replace six of its MiG-21 aircraft and acquire eight new multi-role fighters by 2016. The purchase of new aircraft has been on the agenda for a few years now, but poor budget holds off any decision. Last March however, the Defense Ministry has shortlisted its initial selection down to three offers: a U.S. bid of previously withdrawn surplus F-16s, the Eurofighter Typhoon and the Swedish Saab JAS 39 Gripen. Uncertain times for one of the oldest air forces in Europe, but its personnel remains dedicated and proud on being a NATO member.

Phodocu would like to thank the Bulgarian Air Force Headquarters, Capt. Topurova among others at Graf Ingatievo Air Base as well as 159th Operations Group commander Lt. Col. Rippen and people of the Louisiana Air National Guard for their effort and support. 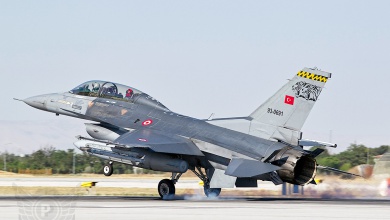 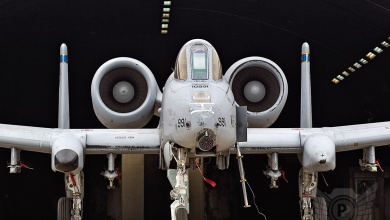 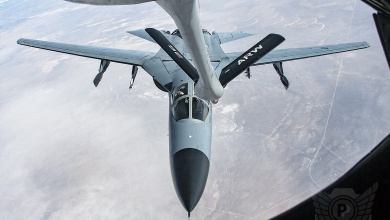